Who else but us will carry on Duran's torch?

When I think of Duran Duran playing for the Olympics in 2012, I cannot help but think of the Olympic torch. That torch that is carried from the birthplace of the Olympics, Greece, to the spot where the games are to be played (this year London).

Never mind that the feats of Duran Duran since their inception 30+ years ago are of historical significance, worthy of the kind of stories that made Greek heroes and heroines worthy of myth and legend. Year in and year out this band has played for us and given us adventure, hope, self confidence, and through their music joy and happiness that has enriched our lives. In effect, they have crowned each of us who have been their fans with music worthy of the olive wreaths awarded to Olympic victors.

What better way to celebrate this band than to pass their music and legend on to future generations? I find it disturbing today that many are still 'stuck in the 80's' with Duran Duran and still many more do not even know who this amazing band is. Even worse is that when a great new album is released (like All You Need Is Now) the radio stations continue to play the same music from the same artists over and over again--like tickets to an amusement park ride whose satisfaction factor diminishes after a few rides. If you think of the epic contributions this band has given the music industry in the last 3 decades and the millions of fans that they have across the globe, one wonders what could have 'dimmed the light' that once glowed so brightly for this band? Was it the media and the critics? Was it simply changing history, people's tastes changing, and the changing landscape of music? Could it also be it be that the band just doesn't want the attention...given the harsh criticism they've had in the past and given their attitudes about receiving recognition for what they've done? The song 'All You Need Is Now' seems to hint at this attitude...'Everbody's gunnin for the VIP section...but you're better off in runnin in the other direction'.

Or could it be that a torch has been burning with this band, a light has been on, but this light has not been shared outside the tight knit Duranie community? Therefore, when this generation of faithful fans passes, so will Duran Duran. This band will be forgotten and the world will not care. Their contributions to the music industry will simply become myth and dismissed by the writers of history as unimportant and trivial. And all the critics and people that put this band down will be laughing and saying 'we told you so'.

Some may think that the band does not need the recognition, does not want the recognition and these people do not see the point of doing any kind of awareness-raising for them. What does it matter if new Duran Duran fans are being created today and their music does not reach and enlighten new ears as the generations pass? The band had its moment, and they certainly don't need the money.

Does anyone honestly think that this is what the band wants? Seriously people?

If you had put your life and soul into music as an art form (which Duran Duran clearly has done), would you not want it to be enjoyed and appreciated for years and years to come...like the great works of Picasso, Rembrandt, or Monet? Would you not be proud of your music if it could listened to by the youth of today and appreciated just as much as it was when you first began releasing? Wouldn't you want to know if your music has inspired other musicians to create music of their own? In a recent UK Heart Radio interview, when asked for a story about how the band has inspired people...Simon Le Bon said this..."When we received our Brit Awards, Justin Timberlake came onstage and presented us with the award and he said, 'The reason I am here is these guys. They inspired me to get into music.'...that is enough for me."

I can honestly say that I appreciate the band's humility and wanting to run “in the other direction from the VIP section.” And I appreciate Simon's attitude of wanting to know that his band inspired a musician to him to get into music.

Inspiration and legacy though, like a torch, cannot survive in a vacuum. It needs oxygen to burn brightly and it’s up to us, as Duran Duran fans to be that oxygen to keep the torch burning. It’s up to us as fans to help pass the torch on to future generations so that Duran Duran's music can be appreciated and inspire many more musicians for years to come.

That’s why at DDTTRH, we are doing something special in the next 2 months (before the Olympics) to invite Duran Duran fans to share their voice about this band that has meant so much to them. We hope that through this, people that search Duran Duran during the Olympics can find our site and read, listen, and see some the great things you have to say about them. Further, we are providing an outlet that is not associated with the Rock Hall to do it.

On June 15th, we will be announcing something exciting at DDTTRH...a breath of new oxygen for the global fan community that I know you will be excited about. As you know, June 15, 1981 was a special day for Duran Duran...the day they released their first album. This day will be special again in 2012 (31 years later) and as fans we can make it special. Please watch our sites on this special day to see how you can help pass the torch on for Duran Duran in a special way. 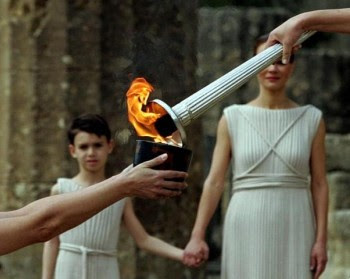 Inspiration and legacy...like a torch, cannot survive in a vacuum. It needs oxygen to burn brightly and it’s up to us, as Duran Duran fans to be that oxygen to keep the torch burning.
Posted by ddrockhall at 5:30 PM